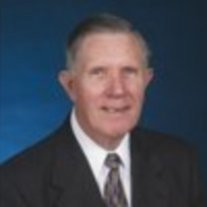 Mr. Anthony Botos, Jr., age 78, of Grant died Sunday, April 7, 2013 at Huntsville Hospital. He had lived in Grant, AL, for the past 14 years before moving to the Floyd "Tut" Fann Veteran’s Home two months ago. Tony was born and raised in Los Angeles, CA where he attended Venice High School. He later received a 2-year degree in engineering from a local college. He joined the Navy three days after turning 17 years old. He served from 1950 to 1970, retiring as a Senior Petty Officer, E-8. He served three tours of duty in Vietnam and toured the world, including a trip to the North Pole with Admiral Byrd. His last years in the Navy were served aboard the USS Charles R. Ware, which was named after Navy Lt. Charles R. Ware, who was awarded the Navy Cross for heroism in the Battle of Midway. Tony was particularly proud to have an honorary brick in the memorial walkway in Lt. Ware’s hometown of Athens, TN. After retiring from the Navy, he worked for and retired from the Sony Corporation. He is a lifetime member of the Dolan Springs, AZ, VFW. He met Lillian Mitchell McGrough in Yuma, AZ and they married in Las Vegas, NV in 1987. They lived in Pueblo, CO; Kwajalein, Marshall Islands; and Darmstadt, Germany before retiring in Pensacola, Florida. He and Lillian loved traveling overseas and in the US. They even made a trip to Alaska in an RV. Doyle and Jean Jackson of Grant were their best friends and traveling companions. He was active in the First Baptist Church of Grant where he often served as greeter and usher. He assisted with the maintenance and upkeep of the Christian Life Center. Music was a big part of Tony’s life. He loved Southern gospel music and attended the Alabama School of Gospel Music, which was taught at Snead College. He and his wife took Dulcimer lessons at the RSVP, and he played the piano and guitar. He enjoyed all kinds of outdoor and water activities. He was a licensed scuba diver and master gardener. Tony was a lover of life and loved people and new experiences. He was known for his smiles and hugs and for the telling of stories. Tony is survived by his wife of 26 years, Lillian Botos; two children, Sharon and Mike of California; two sisters, Margaret of Tucson and Carlie of California; two granddaughters; two grandsons; two great-grandsons; two step-sons; three step-grandchildren; one step-great-grandchild; one uncle, Ed of Florida; several nieces and nephews; and a host of friends. He is preceded in death by his parents, Myrtle and Anthony Botos, Sr.; son, Steven Lynn Botos, and brother, Fred. A memorial service will be held at the First Baptist Church of Grant on Tuesday, April 9, 3:00 p.m., officiated by Bro. Steve Stanfield and Bro. Anthony Barnes. Close friends will serve as pallbearers and Honorary pallbearers are the First Baptist Church of Grant Early Morning Walkers. Burial with full military honors will be in Fort Rosecrans National Cemetery in San Diego, CA at a later date. The family will receive friends at the Church 2:00 p.m. – 3:00 p.m. prior to the service. In lieu of flowers, the family suggests memorial contributions to the First Baptist Church of Grant Christian Life Center Fund.

Mr. Anthony Botos, Jr., age 78, of Grant died Sunday, April 7, 2013 at Huntsville Hospital. He had lived in Grant, AL, for the past 14 years before moving to the Floyd "Tut" Fann Veteran’s Home two months ago. Tony was born and raised in Los... View Obituary & Service Information

The family of Anthony Botos Jr. created this Life Tributes page to make it easy to share your memories.

Send flowers to the Botos family.