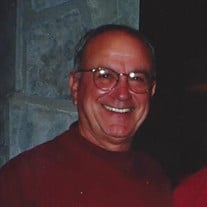 Jimmy Wayne Segler age 75, a loving husband, father, grandfather, brother and uncle passed away Monday, January 9, 2017 at Huntsville Hospital. Known for his sense of humor, back porch talks and amazing grilling talents, he had been lovingly nicknamed the “Governor” and “Godfather” by many of his friends. His favorite get away was to their lake house known as the “Fish Shack” where he loved to entertain friends and family. Jimmy graduated from KDS DAR in 1959 where he was a member of the basketball team. Shortly after graduating he went to work at New Hope Telephone Coop and retired from there in December 1998 after 37 years of service. Jimmy served on the Board of Directors of the New Hope Telephone Coop for 12 years following retirement. He served on the Grant Town Council from 1988 to 1992. Jimmy is married to the former Lynn Chandler, he is also survived by his daughter, Melissa Segler Clay a grandson, Jack Clay a granddaughter, Josie Clay and a sister, Patricia Segler Quick. Jimmy was preceded in death by his parents, Simp and Loyette Segler. The family received friends Wednesday, January 11th, from 5:00 to 8:00 pm at Grant Memorial Chapel. A funeral service was held Thursday, January 12, 2017 in the Chapel at Grant Memorial Funeral Home, officiated by Bro. Clayton Tuggle. Burial at Free Home Cemetery. Pallbearers were ; Danny Davis, Randy Davis, Rick Davis, Mike Davis, Wesley Davis, Anthony Anderson, Jason Edmonds and Robert Patterson, Jr. Honorary Pallbearers were Past and Present members of “Gunter Mountain Hunting Club”. Grant Memorial Chapel Directing.

Jimmy Wayne Segler age 75, a loving husband, father, grandfather, brother and uncle passed away Monday, January 9, 2017 at Huntsville Hospital. Known for his sense of humor, back porch talks and amazing grilling talents, he had been lovingly... View Obituary & Service Information

The family of Mr. Jimmy Wayne Segler created this Life Tributes page to make it easy to share your memories.

Send flowers to the Segler family.