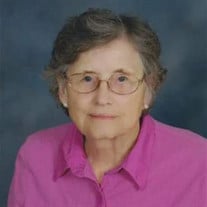 Joyce June Gayle Troup, age 89, of Grant passed away at Highlands Medical Center on February 2, 2016. Mrs. Troup, daughter of George and Annie Wallace Gayle, was born July 7, 1926 in Marshall County. She graduated in 1945 from Kate Duncan Smith, DAR school. She attended Business School in Nashville, Tennessee. A member of the Grant Church of Christ, Mrs. Troup was past President the Kate Duncan Smith DAR School Alumni Association, and served as City Clerk for the Town of Grant for several years under Mayor Brooks Barfield. In 2003 she was the recipient of the Grant Chamber of Commerce Community Service Award. She was also a member of the Gayle/Wallace Association and the Swearengin Girls Association. As member of the Heroes of Kings Mountain Chapter, NSDAR Mrs. Troup fulfilled many offices including Regent as well as chairing numerous committees. Being active in the DAR on both the local level and the state level, Mrs. Troup was a member of the Alabama Officers Club, Alabama Society Daughters of the American Revolution where she severed in several offices including treasure. She was also a member of the Alabama Society DAR's Cameo Club. Before beginning her career at the Kate Duncan Smith DAR School, Mrs. Troup was employed at the Redstone Arsenal for ten years. Having worked twenty-nine years at the Kate Duncan Smith DAR school, Mrs. Troup serverd as secretary to the Executive Director where she ws responsible for planning Dedication Day, Graduation, the Alumni Banquet, Fund Raising Activities, and escorting Student Representatives to the DAR Continental Congress in Washington D.C. While working at the KDS DAR School, Mrs Troup authored a book entitled " The Gem of Gunter Mountain". The book is a history of the school where she incorporated the community of Gunter Mountain as well as the DAR. She retired in 1991. Pallbearers are John Troup, Rex Provence and her nephews: Paul Gayle, Jackie Sanders, Jimmy McBride, and Joe Wayne McBride. Mrs. Troup is survived by her daughter, Rhonda Troup Moore of Tuscaloosa, her son Thomas Troup of Grant, granddaughters, Allison Moore Murray (Trent), Jennifer Moore, and Stephanie Moore Swindle (Tim) all of Tuscaloosa, great grandchildren Amanda Moore, Skylar Griffin, Jackson Griffin, Timmy Swindle, Trace Swindle, Kaley Swindle, and Holly Swindle. She was preceded in death by her parents, her sisters Mary Sue Gayle, Charlotte Gayle McBride, and Ruth Allison Gayle, and her brothers Robert Glenn Gayle, Wallace Gayle, and Dr. H. Jean Gayle. The family wishes to give a special thanks to Highlands Health and Rehab and Hospital staff for their excellent care of Mrs. Troup over the past two and half years. In lieu of flowers, memorial contribution may be made to the Gayle Family Scholarship Fund at 189 Clarisa Drive Grant, Alabama 35747.

The family of Joyce June Troup created this Life Tributes page to make it easy to share your memories.

Send flowers to the Troup family.