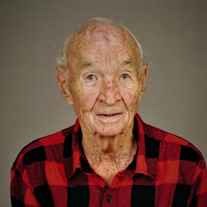 Mr. Raymon Shelvy Lemaster, age 85 of Grant, Alabama passed away Tuesday, April 6, 2021 at his residence. Funeral services will be held at 1 p.m. Friday, April 9, 2021 at Grant Memorial Chapel, with Bro. David Powell officiating. Pallbearers include Danny Lemaster, Roger Allen, Darchell Lemaster, DeShane Vaughn, Ryan Stewart and Ben Sutton. Honorary pallbearers will be Darrell Lemaster, Jarrod Lemaster, Jonah Sutton and Ethan Vaughn and Trent Lemaster. Burial will follow in the Free Home Cemetery. The family will receive friends from 11-1 p.m. at the funeral home. Mr. Shelby Lemaster was born on December 13, 1935. Mr. Lemaster spent most of his life on Grant Mountain where he was the oldest of nine children. He played basketball at KDS DAR and graduated high school there in 1954. He was raised on a farm and he continued to enjoy gardening his entire life. He is well known for growing large watermelons and giving away most everything he grew to friends and family. Mr. Lemaster also enjoyed playing the guitar and spent some of his younger years entertaining brothers and sisters on the front porch. As he grew older, he began going to flea markets and enjoyed meeting new people each week. He also grew very fond of animals and rescued many cats and dogs and gave them a home. He attended Grant Church of Christ and enjoyed being there with his friends. Mr. Lemaster is survived by his sisters, Carolyn Helton (Granville), Linda Vaughn (Ronnie), and Donna Bearden; brothers, James Lemaster, Rayburn Lemaster (Carolyn), Sam Lemaster (Wanda), and Joe Lemaster (Glenda); and several nieces and nephews. He was preceded in death by his parents, Edd & Otha Selvage Lemaster; and sister, Alma Jean Allen.

The family of Mr. Raymon Shelvy Lemaster created this Life Tributes page to make it easy to share your memories.

Send flowers to the Lemaster family.